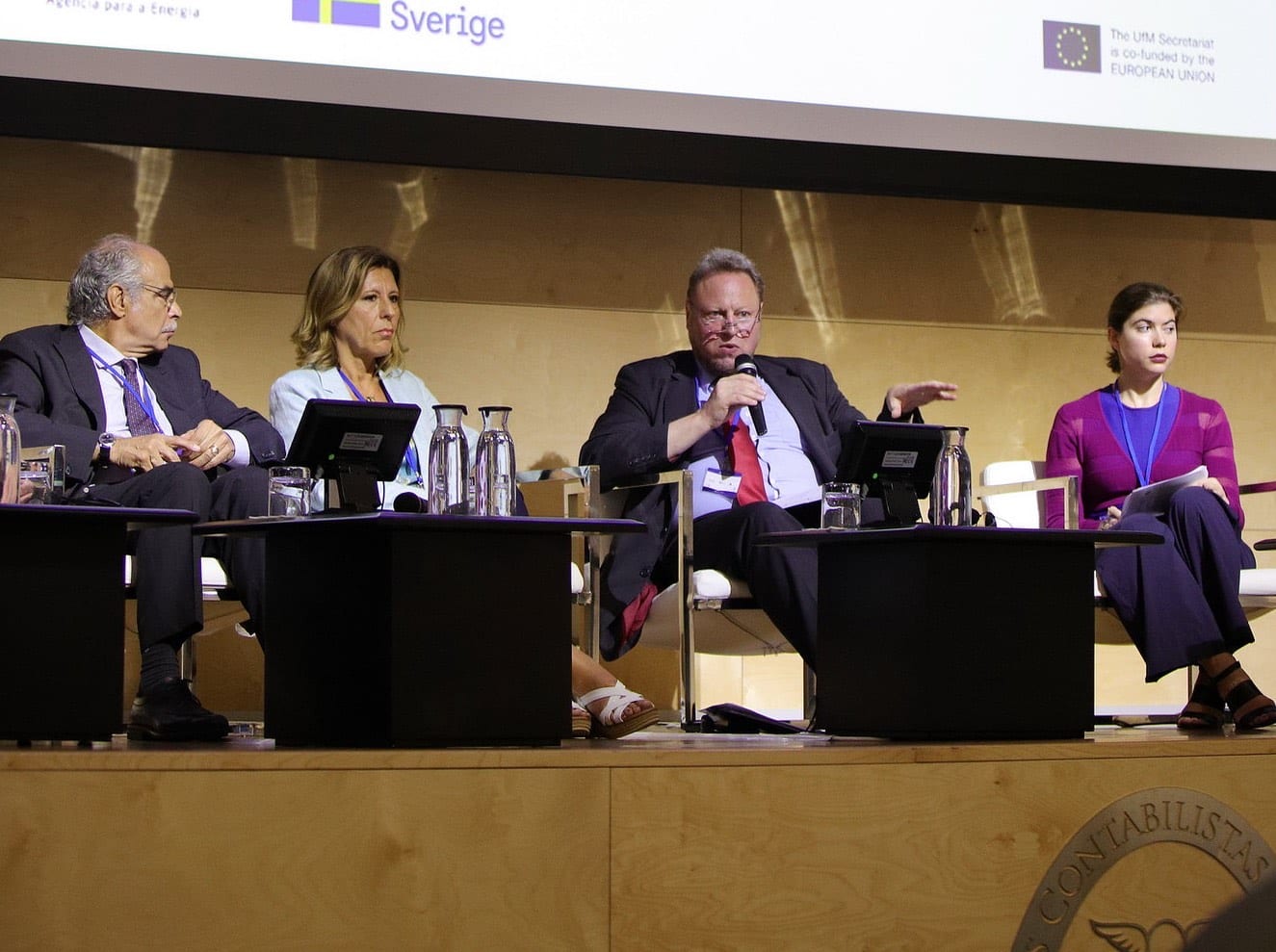 The 2nd UfM Energy and Climate Business Forum was held in Lisbon, Portugal on 18 July 2019. Organised by the Union for the Mediterranean together with the Portuguese Ministry of Environment and Energy Transition and the Portuguese Energy Agency (ADENE), the event specifically focused on “Supporting local authorities in their efforts towards the energy transition” and gathered 150 representatives of local authorities, mayors, stakeholders, private sector investors, companies, service providers, international financial institutions and international and regional organisations working in the field of energy and climate action.

In this context, Ms Roberta Boniotti, MEDENER Secretary General, was invited to present the meetMED Project. The energy transition is indeed at the heart of the meetMED Project, whose main goal is fostering the energy transition throughout all Southern and Eastern Mediterranean Countries (SEMCs) under the European Neighborhood Instrument (ENI). Ms Boniotti illustrated meetMED activities particularly related to the main topic of the Forum: support to public authorities and local stakeholders. Firstly, she mentioned the establishment of a Regional Expert Network (meetMED REN), composed by more than 50 experts coming from the national agencies for EE and RE of 13 Mediterranean Countries. Its aim is to provide the necessary technical support to national, regional and local authorities for the assessment of the existing energy policies and the implementation of the necessary most advanced energy policies in the future Energy Transition Scenario. Secondly, she cited the elaboration of the meetMED training package and the organization of the corresponding training course, focused on the use of a sustainable energy design toolkit for public authorities and aimed at reinforcing public awareness and capacity building of local stakeholders.

As stated by Ms Boniotti, with respect to the implementation of integrated professional training courses, the meetMED project supports the planning of vocational training schemes for RES and EE experts in order to consolidate and improve the skills of relevant actors, who can be able to manage effectively RES and EE market penetration at the national, regional and local level.

With respect to regional cooperation, which was another key point of the Forum, the meetMED project supports regional collaboration, especially to build technical capacity for the energy transition in the eight target Countries of the project: Algeria, Egypt, Jordan, Lebanon, Libya, Morocco, Palestine and Tunisia. Besides the intergovernmental cooperation among the SEMCs national energy agencies, meetMED has sought to build synergies with other EU-funded projects targeting the energy transition in the Mediterranean region, namely CLIMAMED, SWITCHMED and WES. Furthermore, in the framework of the Project, cooperation and interaction at the regional, national and local level are deemed necessary in order to spread common monitoring tools and benchmarks, such as EE and RE indicators and policy measures (ODYSSEE MURE), which can help public administrations to monitor periodically and evaluate the impact of EE and RE policies.

Finally, Ms Boniotti concluded by stating the importance of regional networks as potential experimental hubs where better dissemination and communication strategies as well as awareness-raising campaigns on EE and RE benefits can be developed by providing shared guidelines, studies and innovative tools that target different audiences.